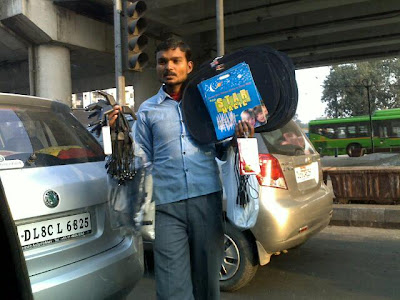 12: Okay ... so ... that's my photo upload for today and here's my Resolution: To Stop Making Any New Resolutions for this year!

I believe I've done medium-well so far and it's been fun and it's been a bit frantic and the best part of it has been making a number of new origami models, at least three of which are now firmly fixed in memory (the flowers, the butterfly and the folds for creating a pentagon), posting regularly to this blog, spending the first two hours of every day AVOIDING the internet and writing for at least two hours regularly.

However, tomorrow I am going away to Madras for two weeks, which means the inevitable disruption in all my familiar routines. I know I won't have the right kind of space and time to create origami models and all the other stuff -- uploading photographs, posting to my blog etcetera -- may be a little more difficult because I'll only have my iPad with me, not my laptop.

I did take pictures today! But they're on my phone and the local server is refusing to upload anything right now. So maybe I'll do that later this evening or maybe not. Whatever else, I'll be taking lots of pictures while I'm away and I will eventually upload them, one (at least) for each day that I'll be away.

And I'll be sending one piece of snail mail most days (I've sent five out so far). And drinking 8 glasses of water every day. And doing one tedious chore a day (today's was dusting ...).

Dear, have a good journey and a nice time in Madras!

It is very sensible to adjust resolutions to changes of life. All in all you have been so creative to invent 11 resolutions and to try and stick to many of them!

I wrote down your list of the 11 resolutions, because when I wanted to tell friends, I could not get them all together.
Now with the list ready and at hand I admire you once again...

I wonder to which - one or more - of the resolutions you will stick throughout this (here cold and snowy) month of Jan 2013.

Yes, and I wish some of the other readers of your blog here would write abt their experiences with these and own resolutions! lol(lots of love) Biatti